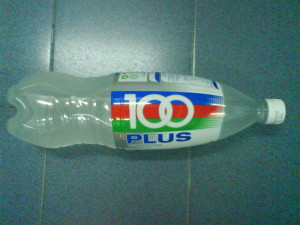 We are now into the final few day of National Smile Month and what better way to see it off than to look at the reasons why sports drinks aren't good for athletes. With the football World Cup well under way and many other sporting events to look forward to such as Wimbledon 2014 and Glasgow 2014 Commonwealth games active sportsman in Cardiff may spring into action by taking up a new hobby or step up their training. Many people watch star athletes and sportsman promoting drinks such as Lucozade Sport on television so they decide to consume them before running a race or playing other sport as many of us believe that this will give us more energy. Here are some reasons why you should drink water instead of reaching for energy drinks or sports drinks.

Most people don't need sports drinks to replace electrolytes lost during exercise, because generally they don't work out hard enough to require that. People, who perform certain exercises like those who do a lot of heavy weightlifting or who are running long distances, are more likely to benefit from sports drinks. People exercising under extreme conditions may also benefit from drinking a sports drink after a tough workout such as Shaun Ts Insanity or bootcamp. But people who are getting moderate exercise (working out for less than an hour) should avoid the calories and just make sure they drink plenty of water to fuel their bodies for a workout. Consuming sugar after exercising will affect insulin sensitivity and human growth hormone (HGH) production. These drinks are often referred to as energy drinks, but in the long run the sugar they contain does just the opposite. After causing a quick explosion of energy, your energy plummets as your pancreas and other glands do all they can to balance out the toxic stimulation to your blood sugar.

Most sports drinks also contain high amounts of sodium (processed salt), which is meant to replenish the electrolytes you lose while sweating. However, a far better option is to simply add a small amount of natural, unprocessed sea salt to your water. Contrary to process salt, this natural salt contains 84 different minerals and trace minerals that your body needs for optimal function.

Use Coconut Water as an alternative

Many experts recommend that each individual should consume at least 2 litres of plain water daily. Another excellent option when your'e sweating profusely is pure coconut water. Coconut water is said to be one of the highest sources of electrolytes known to man. Some remote areas of the world even use coconut juice intravenously, short-term, to help hydrate critically ill patients and in emergency situations. Even if you opt for a sugar free sports drink you should still be aware that it contains an artificial sweetener which is worse for your body than fructose. If you have any questions about this contact us or please share you thoughts on our Facebook and Twitter.