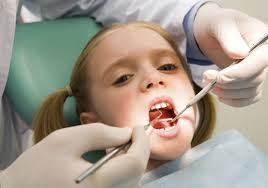 Despite latest figures showing a 6% drop in the number of five year olds experiencing tooth decay, Bamboos head dentist says more needs to be done. The Welsh Government and Cardiff University, in a new report into the state of children's dental health, said almost 60% of children aged three to six took part in their Designed to Smile programme last year. A total of 1,452 schools and 91,000 Welsh children benefited from oral health education sessions, which also focused on nutrition and healthy food choices. While it is too soon to gauge the full impact of the project, latest figures show a 6% drop in the number of five-year-olds experiencing dental decay compared with the same period last year. Bamboos head dentist, Dan Rogers told Media Wales that he thinks the Welsh Government scheme, The Design to Smile Programme is an excellent initiative but more needs to be done before tooth decay starts to decline in the country. Designed to Smile is a targeted, national, oral health improvement programme for children up to the age of six in disadvantaged areas of Wales. The scheme includes supervised tooth brushing in schools and nurseries and the application of fluoride varnish and fissure sealants underpinned by oral health education and promotion. The Welsh Government has invested 12m in the project since its launch in 2009 and four new members of staff have been hired this year. Last year Dan gave his own lessons on the importance of dental health to youngsters at Riverbank Primary school who were treated to a visit from the award winning dentist and his team. He is also creating his own education storyboard and he hopes to visit more schools in and around Cardiff this year. To find out more about how you can help improve your children's dental health speak to one of the team or visit our facebook page.