"Veneers have unlocked over a decade of emotional distress for me. I have spent so long hiding away, avoiding social gatherings and making close friendships due to my teeth. Veneers have changed everything. My life has completely changed", said Alice with an animated smile across her content face. 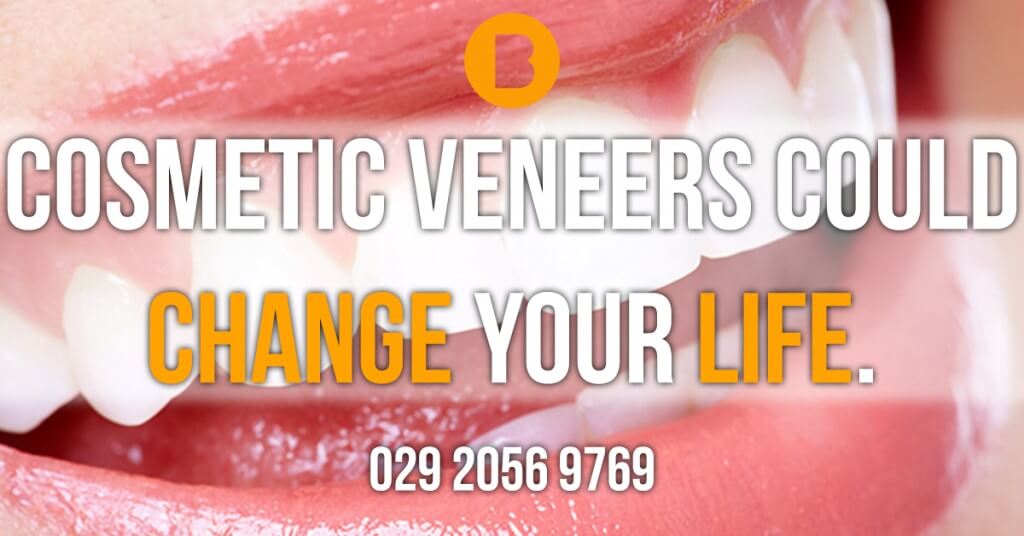 Veneers: "They Changed My Life"

Alice told me about her story and it was both incredibly sad but promising. However, the biggest thing to take from her tale, is the belief that it gives to younger people in similar circumstances. Alice started at the beginning of her story and so shall I. Young children are usually full of confidence and have not quite reached that age where we start to question our appearance. Life was not quite like that for Alice. As a youngster, she lived in a 'high fluoride area'. This meant that the water she drank contained such high levels of fluoride that she developed fluorosis at just 9 years old. Although this did not particularly bother Alice at the time, she certainly noticed it, and knew that it wasn't 'normal'. The small yellow patches on her top teeth were very visible and sometimes kids made fun of her at school. This re-enforced her belief that there was something wrong with the appearance of her teeth and she began to distance herself from others for fear of being made fun of. 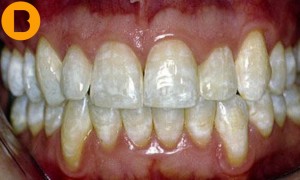 Effects of fluorosis on the teeth.[/caption] On top of the fluorosis, Alice had slightly crooked teeth. They were not hugely out of place but were misaligned enough to be noticed by others. As she entered into her teenage years she became more and more self conscious. At an age where many are very concerned with what others think about them, Alice sought ways to hide the condition of her teeth. She would smile with her mouth closed and cover her mouth when she laughed.Alice became convinced that others were continually judging her on her imperfect teeth. This was most probably just a mindset that ultimately wasn't true, however it can sometimes be difficult to change how you feel even when you know you are probably wrong.

Her Confidence Was Knocked

Over the years, Alice developed a personality that just was not the real Alice. She had created a defence mechanism that crippled her social life. She would avoid going to parties and events for fear that people would be taking photographs. This was Alice's worst nightmare as it meant her smiling for all to see. This had left her living a sheltered life with just one close friend, Paul, who had very crooked teeth which made Alice feel at ease around him. Surprisingly, Alice never considered visiting a dentist to fix her problems. She would go regularly for check ups but never considered taking out any extra treatment. It seemed too expensive and, well, if she suddenly appeared with different teeth then everyone would know that it had been bothering her all this time. The facade she had spent so long building up would be diminished. Luckily for Alice, one of the few friends she had was able to pull her out of that rut.

Paul, a close friend of Alice's, had met her in small coffee shop in Cardiff. Paul looked at her and a wide smile emerged from his mouth like a young child on Christmas morning. Alice paused for a second, mouth agape. "How is this possible?" she uttered. Paul, still smiling, responded with one word, "veneers". 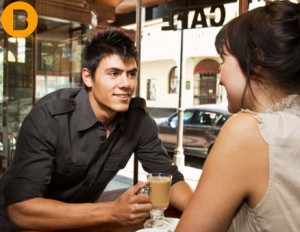 After a long conversion with Paul about the treatment he had undergone, Alice really started to believe. She began to search the internet for famous people who had also opted for cosmetic veneers. She was dumbfounded by the amount of people who had these veneers fitted. She saw them on TV full of confidence, smiling proudly and always dreamt of having such a perfect smile. Now this dream was starting to feel like an actual possibility. Alice began to research local private dentists that were able to provide cosmetic veneers such as Lumineers and E-Max, two of the most popular types she had uncovered in her extensive research. These two types of veneers were slightly different and she needed help from a dental professional to decide which to opt for.

She found a respected dentist online. His reviews were untarnished and this gave her huge amounts of confidence. She booked a consultation and visited him as soon as he could book here in. The appointment was incredibly nerve racking. She sat down and explained to the dentist about her past. How she had hidden away from the spotlight. How she had lived a life feeling embarrassed to do so much as talk or smile. Her eyes began to fill up as she described her sadness. She unloaded years of burden onto that dentist but he was more than prepared for this. The kind dentist had explained that Alice was in fact very normal. He had met hundreds of people in very similar situations who were seeking a way to progress and improve the quality of their lives. At the end of the consultation, the dentist gave his recommendation. He said that Alice would need 6 veneers across the top arch. On the other hand, her bottom teeth were in great shape, all they needed was a whitening treatment to match up the colour to that of her new veneers on the top row. The dentist offered this for free as part of Alice's full treatment. She was given a quote and was left to think about the treatment to be sure that it was definitely what she wanted.

Veneers: A New Smile is Born

After sitting on her thoughts for over a week, Alice decided to go for it. She knew that her life would be greatly improved by the treatment and it was something that she had to do for herself. She just had a normal job with a regular income. However this was not a stumbling block as the dentist was able to offer a 0% finance option that allowed Alice to pay monthly over a period of time. This was something Alice had been careful to check up on before deciding on a dentist to contact about her cosmetic veneers treatment. A week later, Alice attended her second appointment at the dentist. This was fairly routine and comprised of several impressions and x-rays of her teeth. At this stage, everything was starting to become real. The cog was turning and Alice felt that her life was about to take a massive turn for the better. Her impressions were sent off to the lab for the creation of her veneers. The following week, Alice returned back to the dental office. She was worried and anxious as big the day had finally arrived. Her veneers were ready to be fitted. The procedure took some time and required much patience from Alice. She did suffer from a little dental phobia and this coupled with the anxiety of the huge changes taking place left her uneasy and worried.She decided to listen to calming music whilst the veneers were being fitted. This proved to be a powerful tool in moving her attention away from what was happening. The dentist was meticulous in checking the position of each veneer to make sure the Alice's bite was perfect. He made sure that the way the veneers were positioned would be in such a way that they would not become damaged or chipped due to every day use. Before long, the dentist looked at her and smiled. Her veneers had been fitted. The procedure was complete. Alice promptly looked into a mirror at her new smile. There was a little swelling where the work had been done but this is normal and so did not worry Alice. She was happy. She could smile again with a confidence that she had not felt in over a decade.