What are Six Month Smiles?

Basically, Six Month Smiles brace do what they say on the tin. They will straighten my teeth in around 6 months by putting a white and clear brace on my teeth.

Why did you choose Six Month Smiles?

I was never ashamed of my teeth; however, I was always aware that my smile could be better like in the movies. Although I could have happily lived without straightening my teeth, after finding a quick, affordable and aesthetically pleasing way to treat them I changed my mind. There are a few options available for cosmetic teeth straightening and Dr Rogers will give you an option of them all, I thought about invisalign which are like removal trays, but didn't think I would keep them in with the option of taking them out. The other option like quick straight teeth are one of the same. Speaking as an outsider I felt that six month smiles would offer me everything I wanted with regards to time the treatments take on average, the costs and they are pretty much invisible. My teeth are crooked and crossed at the front of my mouth which always annoyed me, and like everyone I wanted to have perfect teeth. The six month smiles allows me to get the smile I always wanted. 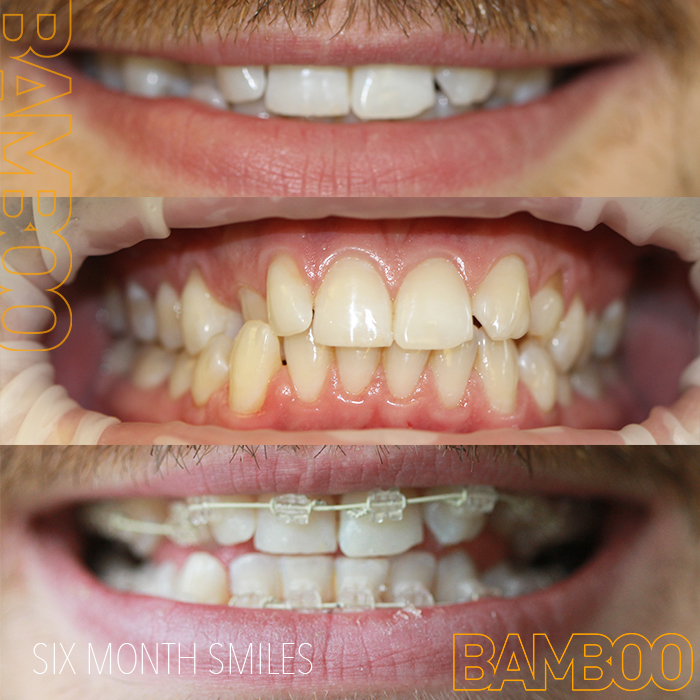 How did you find your dentist?

I have recently started working with the dental industry, which led to my knowledge about Six Month Smiles and quick teeth straightening. When I found out Dr. Dan Rogers at Bamboo Dental was a Mentor in teeth straightening and the Dental practice was open late nights and weekends, I booked my consultation and never looked back.

Was it hard to book an appointment?

The whole process between researching and consultation was simple, the staff are a pleasure to talk to and actively gave me great advice by phone and face to face. I rate Dr. Dan Rogers as a first class Dentist. He has given me confidence in the procedure and in himself as he showed me hundreds of past cases which had great results.

The costs of were surprisingly low compared to the horror stories I have heard from the old school cases in orthodontics. Not only were Six Month Smiles cost effective, but the late night and weekend appointments allow me to have no financial impact with having time off work.

Is it really true that it only takes six months to get straighter teeth?

My journey has just begun with me and my braces, so I currently cant speak from experience. However, I didn't start the exciting cosmetic treatment without doing some good old fashioned research, by asking others, looking online and asking a few Dentists in Cardiff. I specifically quizzed Dr. Dan Rogers to make sure the information I researched was correct. I found out that Six Month Smiles treatment course can be as short at four months before completed and as long as 18 months for extreme cases. My Dentist Dr. Dan Rogers explained that his experience tells him it will take my around 6 months, like most of his patients however, as I have had upper and lower braces fitted, if the upper or lower straightens quicker than the other, we can remove that brace which has done its job and leave the other. Although everyone tells me they cant see my brace and its practically invisible, if part of the braces are removed in a shorter time period then that would be amazing! When my brace is removed I will have a retainer fitted behind my teeth which will stop my teeth having a relapse and going crooked again. An interesting fact I learned was your gums have ligaments and they have memory so if you don't have a retainer fitted then your teeth could go back to the way they were before. One reason I decided to have my teeth done with Dr. Rogers, was after having a few consultations from other dentists in my area, I found out that most practices charge extra for the much needed retainer, Bamboo Dental were clear with the prices and even include teeth whitening and take home trays which also double up as an extra retainer at the end of the treatment, so once they are straightened I can get them pearly white to finish off my Hollywood smile. 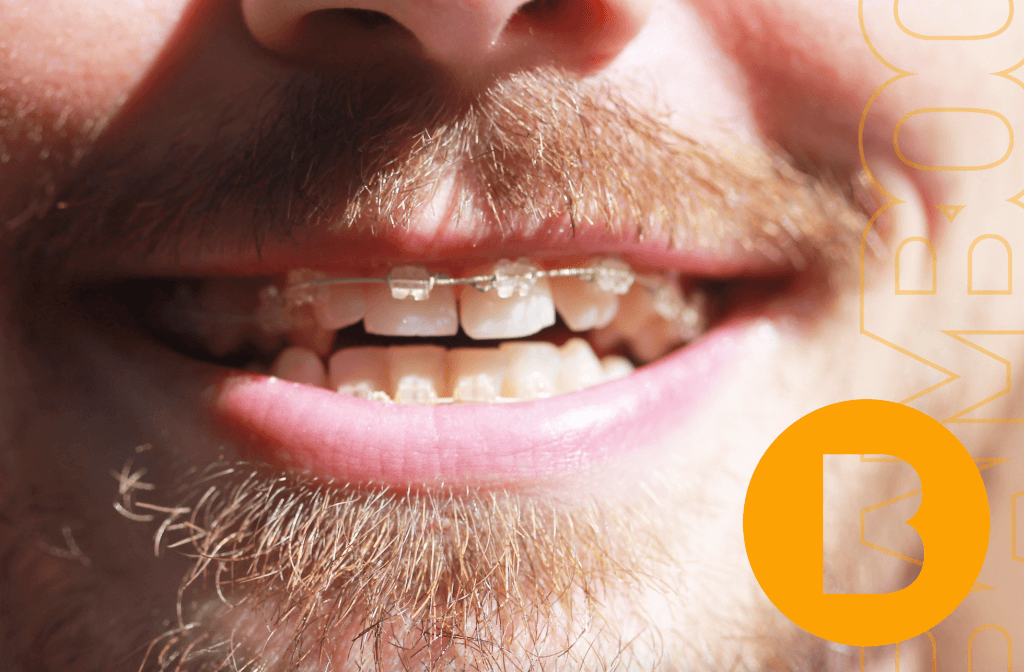 What should others be prepared for when they get braces?

The appointment where my braces were fitted was around 1 hour and it took around 40 minutes for the brace to be fitted. Dr Rogers and his dental assistant explained everything they were doing to help me relax. I had the option of listening to music, however, I was more interested in understanding how this fantastic procedure works. When the braces were on and the dentist said how does it feel my response was its strange. My lips felt a little out of position and kept tensing them to make sure they were over my brace, which they were. This was temporary and I quickly forgot about my six month smiles being on.

Have you had any problems with your six month smiles?

I was expecting general discomfort and for the insides of my lips to be sore after I had my Six Month Smiles fitted. However, they have been okay. My lips were more than manageable, but I did once use the wax provided by Dr. Dan for the braces to help ease discomfort. However, there is more than enough wax supplied and I didnt need it more than the once. The biggest challenge I have had is eating, as I had a mouth guard fitted at the same time as my brace. A mouth guard is when composite, which is like a white filling, is built up on your two lower back teeth. This stops you from biting down, which helps your teeth straighten quicker. Eating has gotten easier now, but the first one to two weeks were hard.

Have you started to notice any changes?

Yes! I have seen lots of change in under 1 month. My two front teeth which were my worst are already straight and my bottom ones have got noticeably better. There is still a long way to go but I believe you do see some quick improvements earlier than others, which is normal for Six Month Smiles.

Are there any foods you should avoid?

When you have your brace fitted your dentist should give you an information leaflet, mine was given to me by the dentist and was branded as six month smiles. They recommend a few things you shouldn't eat, one being chewing gum and specific foods which may discolour the white brace, like curry.

What are the other benefits to getting Six Month Smiles with Bamboo Dental?

Bamboo Dental are able to offer other cosmetic treatments which will continue to help me have the best smile. I am aware that I will need a crown following my Six Month Smiles treatment, Bamboo Dental can help with that and Veneers. Its good to have a local dentist near me which can keep my smile looking its best.