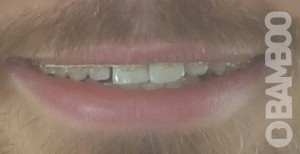 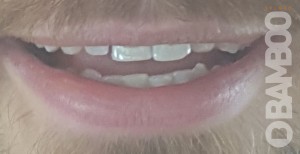 Hi Theo! Great to see you again. How long have you been with Six Month Smiles now?

Time flies. I'm sure many people who are considering Six Month Smiles are wondering what happens at each check up. Can you tell us a bit about them?

I was very nervous before my first appointment. I just wasn't looking forward to it.I mean, I'd obviously been to the practice before, but still, I didn't know what to expect in the first check up. However, as soon as I walked in the door, the staff welcomed me with a smile. Truth be told it doesn't feel like a normal dental practice. With each visit, the staff become like family. They get to know you, and it sounds silly but you build a rapport. The knowledge of all the team, especially Dr. Dan gave me confidence and reassured me I was making the right decision. I had been worried about the bite guards as they'd ground away a bit. I knew Dr Dan would add some more composite to the bite guards, which would be the right thing to do but I guess I was scared I'd have to get used to eating with a brace all over again.

Was the appointment as bad as you were imagining it to be?

No actually! I'll be truthful, it wasn't the most comfortable experience but it wasn't half as bad as I'd expected it to be. It wasn't painful, it was just strange, as can be expected when someone puts something new in your mouth. Dr. Dan tightened the wires, and placed a thin file between the teeth that trimmed them a little. This allows the teeth to separate so that they can rejoin again. You get used to your brace quickly and often forget its there, so after the first appointment you're immediately reminded you're wearing one. The brace is tightened so of course it feels different as you walk out the practice. There was no pain though, so I was relieved. You soon get used to it again though.

Was the second appointment any better?

Oh definitely. Once the first check up is over, you feel like you've gotten the worst bit out the way. The check ups that followed become routine and comfortable. Each appointment feels quicker. You get to know the drill, if you'll excuse the pun.

How long do they take?

So between your second and third appointment, how did you get on?

Ah... *takes a deep breath* One of the back brackets came off of the lower teeth. I was really nervous about contacting the practice to tell them but I knew I had to. Much to my relief, the staff were really kind and understanding. Not only did they manage to fit me in for an emergency appointment at no extra cost, they also told me there and then on the phone that the rear brackets have less of an impact than the front ones if they come off. They explained that the front six were the real drivers. The staff made me feel much better, and the fact they could fit me in at a moments' time more than impressed me.

How did you find having braces over the festive period?

Well I'd been apprehensive about the festive period, not because of the food but because of the photos! Photos with the family on Christmas day... New Years Eve selfies with friends... I'd sort of accepted that these would be the photos I'd look back on and hate. But much to my surprise, I was more confident than ever about my smile. My teeth were straighter than ever before, so I was happy to smile. You couldn't even see my brace when I smiled because the wire was so thin.

I suppose you could say Dr Dan saved Christmas.

Yes! But what really made me smile was on New Years Eve. I was in a bar in Cardiff when the photographer asked to take a photo of me with my friends. I didn't really want my photo on their website so I told her I didn't want a photo because I had a brace on. Much to my delight, she told me she wouldn't haven't even noticed I was wearing one if I hadn't have told her.

So you had no excuse then!

Oh I stuck to my guns!

You seem to be very happy with the results so far.

I am! The only thing I miss is curry. I had a curry before Christmas, without even thinking, and the rich colour stained my brace. It wasn't even until the next day I realised. Normally when I smile you can't really see the brace as the wire is thin, but now you could. Once again I was saved by Dr. Dan in my third check up when he changed the wire, restoring my secret aligner.

Have you got any advice for anyone considering making Six Month Smiles their New Years Resolution?

Anyone who is considering adult braces should just go for it. The change I've seen in only four months thanks to Six Month Smiles is unbelievable. The finance options are there, and you can even have an e-consultation which I wish I'd known about!I've only got one month left to go now. Six Month Smiles is such a quick process and it's amazing how soon you get used to them. You forget they're even there - I would never have had that curry otherwise! 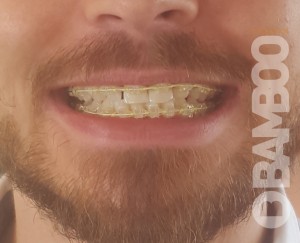 No more curry in a hurry then.

Definitely not. Just follow the dentist's guidelines and you can't wrong. Dr. Dan tells you the foods you should avoid. But don't worry if something goes wrong, whether its your fault or not... the staff are there to help.

Thanks Theo. Enjoy your new year and your new smile.