We've been incredibly grateful to find ourselves amongst more dental industry awards this year. We've been awarded two more titles to add to our previous five accolades. 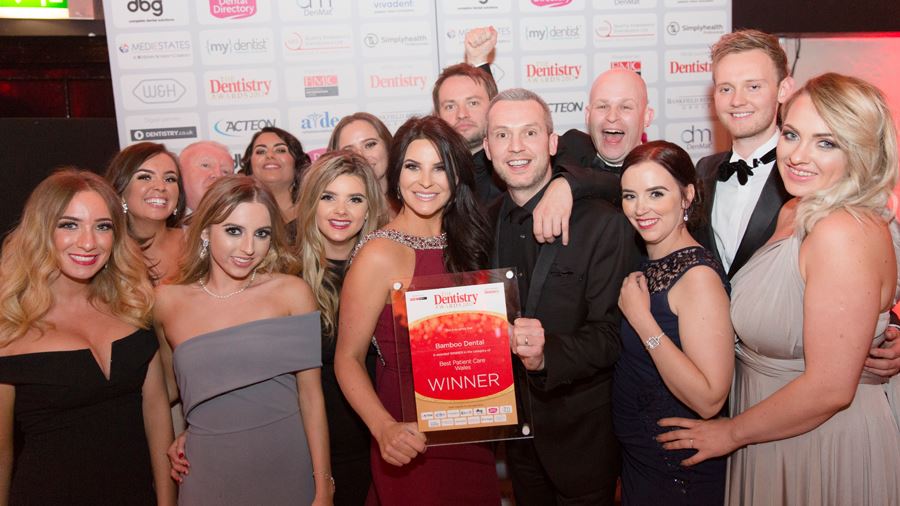 Team Bamboo had made their way up to the great city of Leicester for the annual Dentistry Awards ceremony. At the event, numerous titles are awarded to dental practices around the UK to recognise their exceptional performance in various areas of the industry. Some of the awards ranged from Best Patient Care and Best Young Dentist to the much anticipated Best Overall Practice. The venue was very fitting for such a worthwhile event. A red glow spread through the crowds and a suspense grew as the countdown pursued. Before long it was time for the awards to be announced. Bamboo had been nominated for three awards this year; Best Practice, Best Patient Care and Best Team. We were so grateful to be able to win the title for both Best Practice and Best Patient Care. We were also given a highly recommended award for Best Team. To add to this we won an award for best dental marketing. We're so thankful to have been recognised for the work we've all put into to building Bamboo Dental the way we have. It's been a great year and we are looking forward to carrying on our hard work into 2018! We want to thank the FMC for running such a fantastic event and look forward to being a part of the Dentistry Awards in 2018.